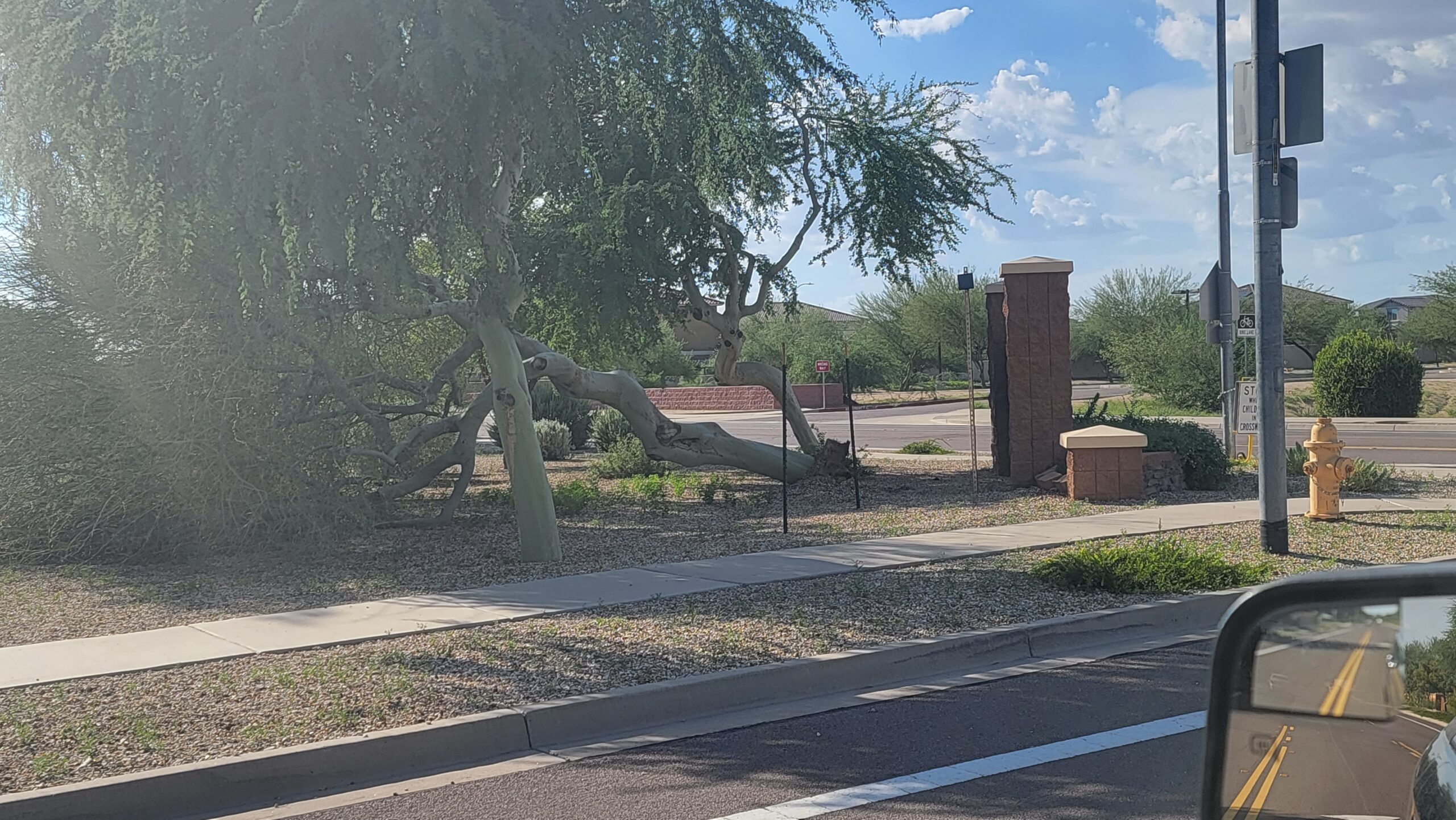 We had a large tree come down a few days ago during one of the high wind storms. It was located just behind one the of entry way monuments on 175th and Acoma. We have a crew on site today to remove it. It’s a big visual loss for the area and another tree should be replanted there.

I’m sure it goes without saying that we’ve all seen the taped off section in the large park where we had some erosion issues do to the park flooding during the that large storm where it rained all day and night and few weeks ago. The erosion areas will need to be cleaned up, and it some cases where the river rock is towards the top, will need to be filled with more concrete where trees were previously planted.

There was also a section of the sand that needs to be cleaned out because of this. But the solution to this isn’t just as straight forward as cleaning up what is there, we also need to make sure this doesn’t happen again. Plus, this coincides with other plans we had in the works, oddly enough, to help prevent such erosion issues and to keep the granite/rocks from sliding into the sand, as well as other things.

We’ve had to get many bids for various aspects of the repairs and future proofing and things will start to begin soon. One of the things that will happen is adding railroad ties along the edge of the sand lot to rocks and erosion will not slide into any more. And since a large portion of the sand needs to be replaced, we’re looking into just replacing all of the sand with mulch, which most playgrounds these days have because it’s softer than sand if anyone should fall on it and is required by ADA and is something we’d have to do anyway should we get a new playground.

Since we will be adding railroad ties around the sand, we thought we could use them to create a section of stair like pads to allow for an easy approach into the park on the north side, Evans and 175th. Making an entry way will help those who come from this side of the community as currently they have to try to carefully attempt to walk down the deep slope, which the top is lined with rocks, or make the way around to the 157th side entrance. The west side of the park already has a walkway and the south side’s slope isn’t as steep.

We will keep you updated as things progress.